I’ve witnessed a lot of heroics over my professional career. I’ve been a part of some of those situations requiring heroics (mostly MUCH earlier in my career when I could actually “do” things). If I’m honest with myself, I liked the recognition and the sense of accomplishment. They were also memorable and dramatic and made for great stories. Later stepping into various leadership roles, I’ve also praised the heroes in other situations, believing I’m doing good by expressing gratitude and providing valued recognition for a job well done. It’s only been relatively recently that I’ve realized the harmful effects of heroics that often go unacknowledged in light of the back-slapping, award-giving, and praise-heaping “you’re awesome” celebrations. And once the celebration has died down, we move on… in a worse position than we were before the situation that required the heroics.

If you’re prone to heroics or celebrating heroics, you’re hurting yourself and your organization. Here’s how.
END_OF_DOCUMENT_TOKEN_TO_BE_REPLACED

If you hadn’t already figured it out, we live in an increasingly complex world. More people. More moving parts. More interactions. More uncertainty. Some organizations, like Toyota, Alcoa, and the U.S. Navy’s Nuclear Power Propulsion Program, have learned how to manage that complexity in ways that have helped them separate themselves from the pack. In The High-Velocity Edge, Dr. Steven Spear decodes the magic and gives us insights into how these “high-velocity” organizations have become who they are. END_OF_DOCUMENT_TOKEN_TO_BE_REPLACED

Becoming a better leader has become a lifelong journey and passion for me. Regardless of what my official role description or title says, I’ve realized being a leader is what my real job is. Leadership is an awesome privilege and responsibility so I want to be the best leader I can. I’ve also realized I’m far from perfect as a leader (just ask my team). But I’m a better leader now than I was last year and hopefully I’ll be a better leader next year than I am now. For me, getting better starts with getting clear on what I’m all about. And getting clear starts with writing stuff down, so here you are.
END_OF_DOCUMENT_TOKEN_TO_BE_REPLACED 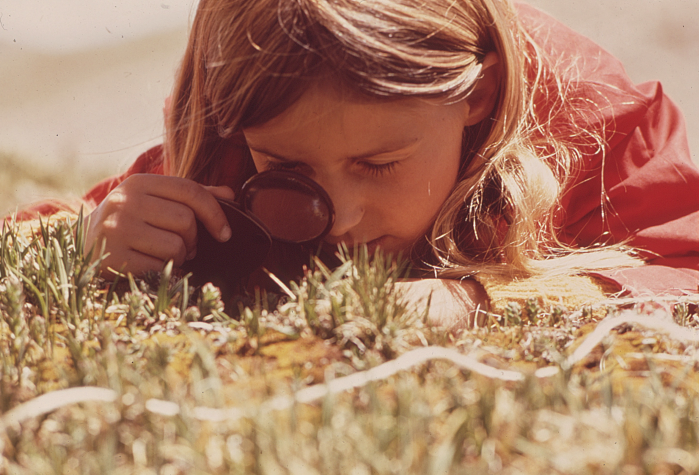 I delivered a talk on September 13, 2017 to the local section of the Automated Software Quality organization on how to bring audit, security, and compliance into the DevOps movement. I provided a lot of resources at the end of the talk. Here they are with a description of each.
END_OF_DOCUMENT_TOKEN_TO_BE_REPLACED

I wrote for XebiaLabs on leading a DevOps transformation within your organization. It’s based on a white paper I co-authored with a bunch of really amazing people at Gene Kim’s DevOps Enterprise Forum in 2016. The post covers five simple (but not easy) tips for making progress on adoption of DevOps patterns and practices within your organization. The tips include understanding other people’s goals and the problems they face, identifying a target mindset, and then developing and executing a plan with the most effective tactics.

In retrospect, I’ve been writing a lot for other blogs and less so for myself. Whatever gets the word out and advances the cause, right?

I wish I had read The Manager’s Path by Camille Fournier twenty years ago when I started down the path of being a manager. I could have avoided a lot of pain, confusion, and conflict for myself and those I was managing. I agree with much of what is in the book about what works mainly because I learned the hard way about what doesn’t work.
END_OF_DOCUMENT_TOKEN_TO_BE_REPLACED

A few years ago, I went through some executive coaching individually and as a group. In one of the individual sessions, the coach and I were talking about my team and the meetings I had with them. The coach asked me how I wanted someone on my team to feel after meeting with me. I had to think about it because I had never been asked that question before. And yet, it was an incredibly important answer to have. After a minute or two, I came up with the following answer.
END_OF_DOCUMENT_TOKEN_TO_BE_REPLACED

Many of us have too much going on. Busy is the new status symbol. I’m no exception. And yet many of us also feel that while we do more and more, we actually accomplish less and less. I’m no exception on that point, either. 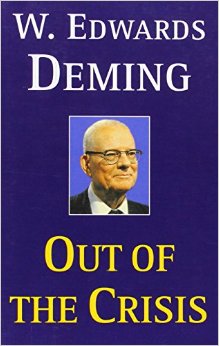 I’ve spent some time around John Willis, one of the thought leaders in the DevOps movement. If you spend any time at all around John, you’re bound to hear him talk about W. Edwards Deming and the idea that Deming laid many of the foundational principles and practices of DevOps. After reading Deming’s book, Out of the Crisis, I have to agree. And now I’m a fan of Deming, too. Not as much as John (just look at his Twitter avatar), but a big fan nonetheless.
END_OF_DOCUMENT_TOKEN_TO_BE_REPLACED

I started my career as a developer. My success was determined largely by how much I could produce and how fast I could produce it. I was an “individual contributor.” As I grew in my career and gained experience and perspective, I realized a couple of things. First, what I could produce was insignificant compared to what a high-performing team could produce. Second, what I most enjoyed was not producing stuff myself — it was creating opportunities for others to be happy and successful. (That’s now my personal mission statement.)

I decided I had to become a better leader because, regardless of what title I had, that was my real job. Becoming a better leader was the only way I was going to be successful — as defined by the success of the people, teams, and organizations I led.

I’m not that interested in the charismatic leaders or leaders who succeed by “force of personality.” I’m more interested in leaders who put systems in place and create environments for the people and organizations they lead to be successful. I can’t “be” anybody else — but I can learn the principles, values, and systems they used for their success and adopt what I think will work for me.

I’ve discovered some “go to” resources in my quest to become a better leader. These resources achieved that “go to” status based on how useful they are to me — measured primarily by how often I reference them and how much they’ve shaped how I think, speak, and act.
END_OF_DOCUMENT_TOKEN_TO_BE_REPLACED